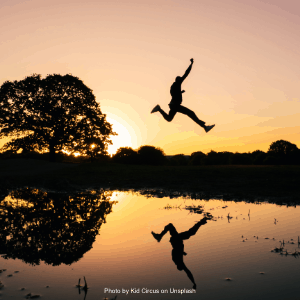 Make Yourself a Micro-Commitment (WT432)

This week I am celebrating.

I passed my exam (100% and bragging) and am now an official graduate of the ASK Method Masterclass which is all about asking your market the RIGHT questions to figure out exactly WHAT they want to buy and exactly HOW to sell it to them in order to serve them and help them solve their problems.

But that’s not the topic for this week.

I wanted to share one of the concepts I learned, which helped me to get the work done so I could pass.

By making micro-commitments we can avoid feeling overwhelmed which can lead us to procrastinate (freeze).

Every time you move into action you move closer to your goal, so pick an action that you can start on today, no matter how small. Remember you can use the power of micro-commitments to hack your own progress

What is something you could do right now, to take action towards a goal you have, that you could not fail?

Whatever it is, make yourself a micro-commitment now.

Keep up your momentum.

Remember “Done is Better than Perfect”.  (It doesn’t have to be perfect, it just has to be done.)