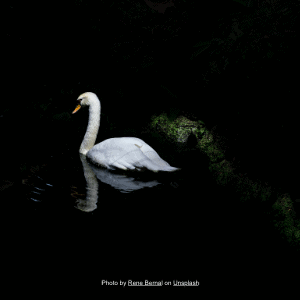 Twenty plus years ago, when Ross and I were in America for a training course, we went to a special spiritual type of shop where I purchased a tiny set of Indian American Oracle cards.

The cards have beautiful artwork of American animals and their Indian totems. One of the cards that often seems to show up for me is a picture of a graceful white swan swimming on calm waters. The words on the card read, “Don’t Give Up, Give Over”.

I love this card because it reminds me to give up the fight; to let go of the stress; in other words to surrender, and the past few weeks that’s exactly what I’ve done.

I was talking to a colleague of mine who has developed some great document management software, so you might think he is quite analytical. During the conversation, I expressed how I had to surrender to the Universe.

“That’s really interesting that you use the words Universe and surrender, Shirley”, he said.

“I’ve just finished reading a book by Michael Singer. He’s a billionaire and the book is called ‘The Surrender Experiment; My Journey into Life’s Perfection’.”

I was hooked immediately. It turns out that Singer also wrote “The Untethered Soul” and whilst I haven’t started to read his book yet, my colleague was telling me that Singer wanted to be a hippy and live in the woods but so many people kept asking him for his expertise in IT. So he started a company that has grown to become one of the biggest in America – all because he surrendered.

As I heard the story, I wondered about my own journey. Every time I aim to move away from the systems work I’ve done with clients for the past 14+ years, the Universe sends me another project. Rather than fighting it, I surrender!

I’ve now found a way to incorporate the parts of the systems work that I do like into my offering and delegate the parts I don’t. I’ve renamed my success path to “The Blueprint for Business Freedom” because ultimately that’s what my clients get. They get the freedom because we focus on the 3 P’s – People, Processes and Possibility. This encompasses all of my passions.

So my message to you today is, “Don’t Give Up, Give Over”. What is it that you are resisting? I encourage you to surrender and see what the Universe has in store for you. I’ll bet it’s even better than you can imagine.

Let me know. I’d love to hear your journey and story.