Years ago, Ross and I attended a week long conference with Jack Canfield, best selling author of The Chicken Soup for the Soul series of books in Scottsdale, Arizona. The conference was called “Breakthrough to Success” and was based on one of his other best selling books “The Success Principles – How to Get from Where You are Now to Where You Want to Be”.

One of the lessons Jack taught us was to take 100% Responsibility for ourselves and our actions.

It was confronting at the time and yet so liberating.

This week in our leadership experience, I shared a similar exercise with participants.

We were discussing how it is never too late to clean up your mess. In other words, you can always say sorry or assert yourself, even if you think the moment has passed.

Here’s a couple of questions from the exercise.

What are you doing that is not working that you need to do less of?

What are you doing that is working that you need to do more of?

What are you not doing that you could try on to see if it works?

What will you commit to doing as a result of this exercise?

In other words, what mess are you responsible for and what can and will you do to clean it up?

When will you do that?

Let me know what your commitment is by commenting on this post.

It’s amazing how much we can achieve when we know we are being held accountable.

Are you willing to clean up your mess this week? 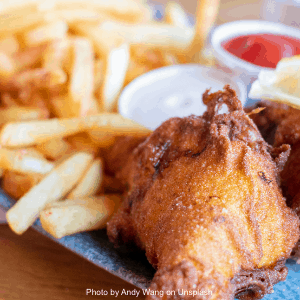 This week, I facilitated Days 1 and 2 of the Leading Yourself and Leading Others experience. One of the topics is an Introduction to the Assertiveness Model.

There is a big difference between being Assertive and being Aggressive. Sadly, a lot of people confuse the two.

I was horrified whilst waiting in a shopping centre car park this week, having just taught this concept,  to hear a woman screaming abuse at an elderly man, “Chicken and chips! I told you. Chicken and chips, not f……..ng fish and chips.”

“Wow!” I thought to myself, “If only someone had taught you the difference, there would be no need for this drama and angst and upset. That sort of behaviour does no one any good.”

The man was doing his best to run away and she kept running after him, screaming at the top of her voice.

I cringe when I witness this sort of behaviour because it is so unnecessary and really, chicken and chips is not the end of the world.

If she had learned how to assert herself she might have been able to calmly express her disappointment, anger or annoyance. For example, a three part Confronting I Message describing the unacceptable behaviour, how it makes you feel and the tangible concrete effects is often enough for people to change their behaviour. In this instance, the woman could have said something like, “I’m really disappointed. I ordered chicken and chips, not fish and chips. I don’t like fish and I don’t want to eat this.” She could also add, “Are there other options?”

Whilst I cringe, I also can’t blame the woman because most of us have not been exposed to better ways of communicating – me included. I too was a hot head until I learned these skills in my early 20’s.

Do you think you act in an assertive or aggressive manner?  Perhaps you err on the side of Passive or Passive Aggressive.

The way you communicate with people really does a make a difference to your relationships and results.