I was talking with a colleague this week and as we often do, we got into a deep and meaningful conversation about leadership.

We discussed the saying, “If you don’t want the answer, don’t ask the question” and the ramifications of not asking, or worse, asking and then accepting the answer, even if you don’t believe the answer.

As an example, (we’ll call him Ted), explained how his kids will sense that his energy is off or his demeanour is rather gruff and they’ll ask him, “Are you angry daddy?”. His response is usually “No, I’m not angry”, hoping they will leave it at that.

Of course, kids being kids, they don’t leave it at that and they persist, “Are you sure?”. They keep going until he either admits what he is feeling or he changes his demeanour to match what he is saying.

How often do you simply accept the answer someone gives you, even though you have an innate sense that what they are saying is not true, just because it is easier to accept than to question?

Good leaders are present; not distracted. They are aware. They see, they listen and they enquire.

Good leaders have taken the journey from being totally unaware to becoming aware of themselves and their team.

They give themselves permission to ask and to follow up. They don’t take the easy road to simply accept an answer at face value.

Are you a good leader or do you aspire to be? If so, you won’t accept “I’m fine” for an answer when your senses tell you, they are not fine.

What will you do next time you ask and the answer you get is “I’m fine”? 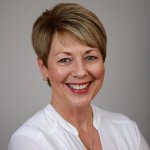