Being able to influence people in a positive way is a special skill. This week we talk with Master Influencer and hypnotherapist Jerry Knight as he shares his stories of powerfully influencing peaceful operations in dangerous combat areas throughout the world and how his fascination with hypnotherapy and influence has led him to powerfully influence people in a more individual way. Learn how you can become a powerful influencer in your circle with Jerry’s tips and strategies you can implement immediately. 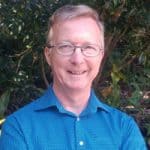 Jerry Knight has had an extensive career in the UK military (Royal Navy) and Australian Defence Force (ADF).Jerry has travelled throughout his life and estimates that he has visited over 100 countries and has lived in eight, Germany, USA, Yemen, Norway, England, Wales, Scotland and now Australia.

Jerry specialised in Influence based operations and saw combat in 5 conflicts, the Falklands war, Kosovo, Macedonia, Sierra Leone and Iraq.

Jerry was invited to join the Royal Australian Navy (RAN) arriving in Australia in 2009 and as part of his role he served in Southern Lebanon, Israel and the Sinai desert in Egypt.

Jerry fulfilled a long term ambition and trained as a hypnotherapist in 2013 at the Australian College Hypnotherapy (ACH) in Sydney.  He has a key focus on PTSD, anxiety, depression, stress, phobias, sport and works with a wide range of patients such as military, domestic violence, rape, bullying, body image, confidence, self-esteem issues and children, to name but a few.