Employee disengagement is an epidemic with research showing that as many as 80% of employees are not engaged in their work. In this episode, Business and Executive Coach, Jason Treu explains how you can foster psychological safety for your team and a culture of creativity and innovation to create better relationships, increased engagement and ultimately increased results and productivity. It all starts with you – the leader. 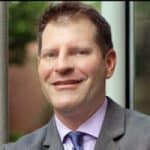 Jason Treu is an executive coach. He works with executives and entrepreneurs on leadership and performance issues.

Jason also has "in the trenches experience" helping build a billion dollar company and working with many Fortune 100 companies. He's worked alongside well-known CEOs such as Steve Jobs, Mark Hurd (at HP), Mark Cuban, and many others.

Through his coaching, his clients have met industry influencers such as Tim Cook, Bill Gates, Richard Branson, Peter Diamandis, Chris Anderson, high-profile VCs, and many others. He's also helped his clients create more than $1 billion dollars in wealth over the past three years and secure seats on influential boards such as TEDx and xPrize.

Jason has published three books. His bestselling book, "Social Wealth", the how-to-guide on building extraordinary business relationships that influence others, has sold more than 45,000 copies and has been #1 in four business categories.

He's been a featured guest on 500+ podcasts, radio and TV shows.