How to Become a Citizen Reporter so You Can Broadcast Your Brilliance by Interviewing others might seem like an odd title and theme for someone in business. However the strategy behind becoming a citizen reporter for marketing and credibility purposes is brilliant. This week, Alex Mandossian, internet marketing genius, shares why it’s so important for business owners to become citizen reporters. He will also reveal his simple process that you can follow to gain credibility and exposure. According to Alex, without marketing, nothing happens. If you’re in business you need to listen to this week’s interview to gain valuable insights into the new way to market yourself and your business. 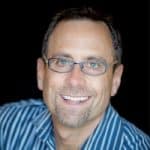 Since 1993, Alex Mandossian has generated nearly $400 million in sales and profits for his strategic alliance partners, clients and students on five continents. His expertise is in electronic broadcast media such as teleseminars, webinars, podcasts and most recently, Google hangouts.

His marketing strategies helped convert his annual income in 2001 into a month income by 2003 and then into an hourly income by 2006.

His colleagues acknowledge him as the Warren Buffet of the Internet because of his unique ability to make money for his partners, clients and students.

Alex’s blog is read weekly by over 155,000 subscribers. He has shared the stage with diverse thought leaders such as Richard Branson, Harvey Mackay, Donald Trump, Tony Robbins, Robert Kiyosaki and the Dalai Lama.

Alex's lifetime goal is to become the world’s 1st work-at-home billionaire, not by net worth but by creating over one thousand other Internet marketing millionaires before his 77th birthday.