Ordinary people can do extraordinary things, All you need to do is follow the tried and true practices of outstanding businesspeople who have gone before you. In this episode, Lou Heckler shares stories of remarkable people and will show you how you can walk right behind them and take your business, career and life to a whole new level. You’ll learn five action steps that all top achievers commit to, day in and day out, including a belief in a powerful personal vision, an ability to translate that vision into a mission that matters, a commitment to complete utilization of unique skills, a remarkable balance between patience and action and a need to endorse and grow those around you. A master storyteller and sought after speaker, management consultant and coach, Lou will also share some tips on how you can use your own presentation style to engage your team. 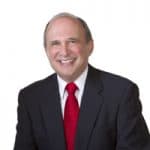 Lou Heckler is a peak-performance and leadership specialist who has studied high achievers for more than 30 years. His management and leadership background is both diverse and expansive, including starting his career as an instructor and course supervisor for the Defense Department during his active Army duty to his positions in public and commercial television, ranging from News Director and Community Affairs Director to corporate Management Training Director. Lou is also a former adjunct faculty member at the University of Michigan’s Executive Education Center and has conducted more than 200 programs in Ann Arbor on topics such as Time Management, Delegation, Motivation and Creative Problem Solving.

A highly awarded and recognised public speaker, Lou has also successfully managed his own speaking business for over 30 years. On a personal note, he has been married since 1968 to five times published novelist Jonellen Heckler.